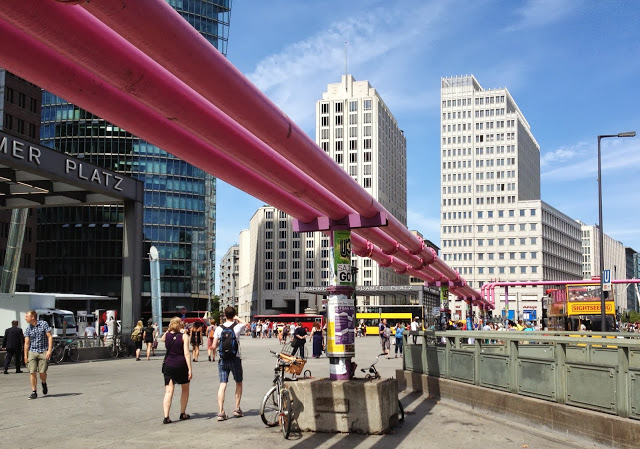 Those who have been to Berlin will surely have noticed the large pink, purple and blue tubes that run along the streets of downtown. Few, however, know the reason for this original installation. The German capital rests on marshy ground and, in many cases, the water is just a couple of meters underground: for this reason, after the fall of the Berlin Wall, several pipes have been installed to drain it and keep its level under control, avoiding that sudden elevations risked the collapse of houses and buildings. The path of coloured pipes pours what is collected into the river Spree and the many canals scattered around the city.

The pipes are developed following very slouching lines, a necessity – more than an aesthetic choice – linked to the particular climate of Berlin: the continuous temperature changes risk deforming the long cylinders causing their curvature. Finally, the particular colours of the pipes were chosen by a team of psychologists more than twenty years ago, with the aim of giving a touch of lightness to such intrusive installations in the urban landscape. Today, thanks to the atmosphere of Berlin, able to mix old architectures and avant-garde artists, the dinocculated and coloured pipes that wander around the city have become a real tourist attraction.