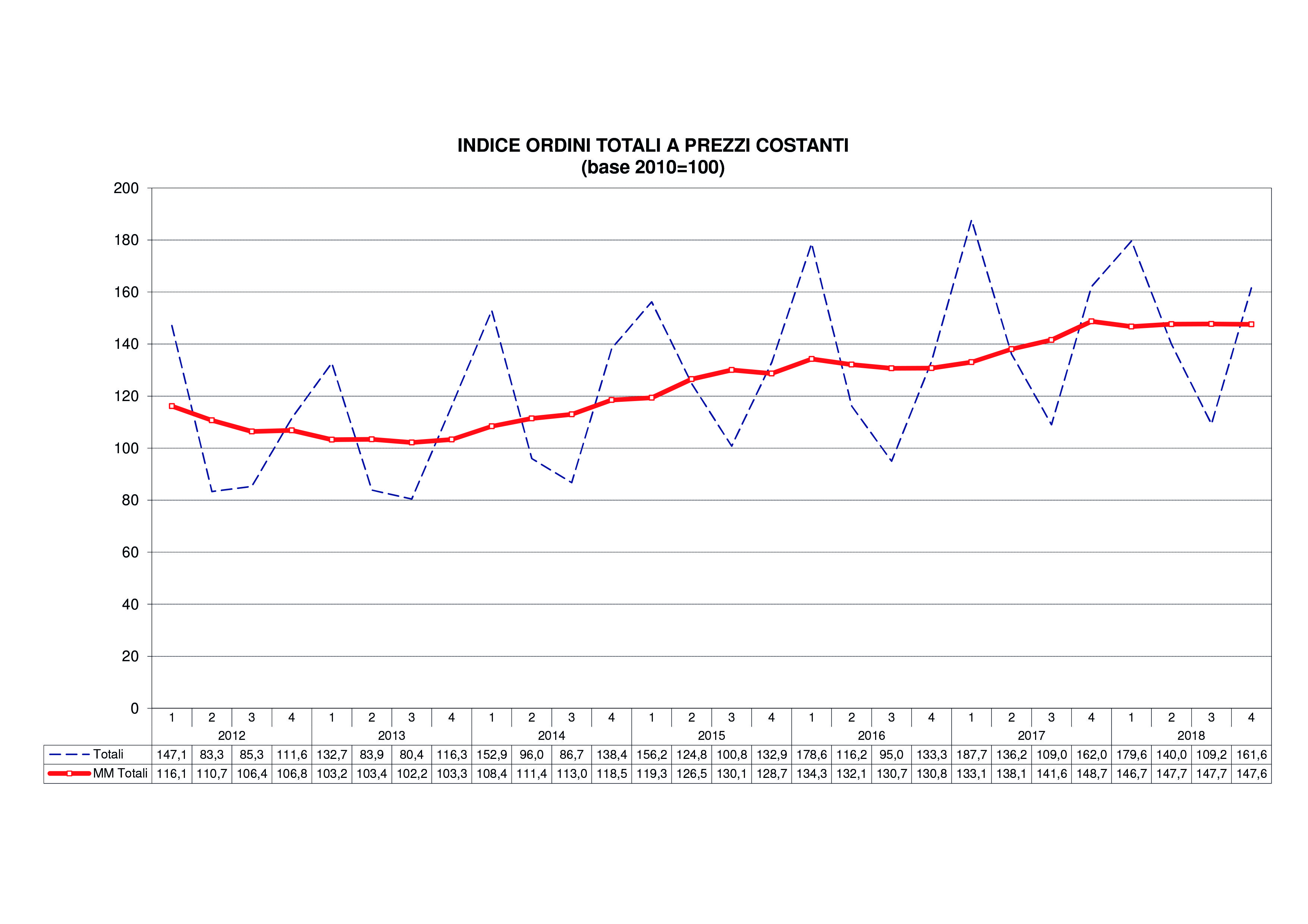 The UCIMU index with regard to machine tool orders is stationary: in the fourth quarter of 2018, it stood at -0.2% compared with the same period of the previous year. The absolute value of the index was 161.6 (base 100 in 2010).

The overall outcome was due to the positive performance of foreign orders and to the decrease in the orders collected by the Italian manufacturers in the domestic market, which is however still dynamic.

In particular, foreign orders grew by 2.4% compared with the period October-December 2017. The absolute value of the index was 141.7.

If it is clear that we are experiencing a slowdown phase, however it is important to consider the jump of Italian machine tool consumption over the last few years. Considering a representative sample of enterprises belonging to the sector (derived from the panel regarding the data collection for the index), in the fourth quarter of 2011, the average value of orders collected in the domestic market by each enterprise of the sample amounted to 1.7 million euro. In 2016, it was 2.5 million euro, whereas in 2018, it stood at 6.1 million, much more than the double compared with two years ago.

Massimo Carboniero, President of UCIMU-SISTEMI PER PRODURRE, the Italian machine tools, robots and automation systems manufacturers’ association, commented: “The data of the fourth quarter 2018 are confirming the feeling and the expectations we already had: the year that has just ended was really positive for the Italian manufacturers, who achieved good results both in Italy and abroad”.

“With a view to the future, the positive trend of orders in the foreign markets is an encouraging indication for Italian manufacturers that have proven to be able to work well despite the rather difficult international framework. The slowdown of the automotive sector and the partial closing of some markets involved in complicated, geopolitical issues – as, for example, in the case of Russia and Iran – did not negatively interfere with the activity in foreign markets, which grew uninterruptedly for the whole year 2018”.

“Also in consideration of the expected slowdown of the domestic market, – stated Carboniero – which should however be confirmed in 2019 on similar levels as in 2018, it is necessary to establish measures that may encourage and stimulate the enterprises to work more and more with foreign users”.